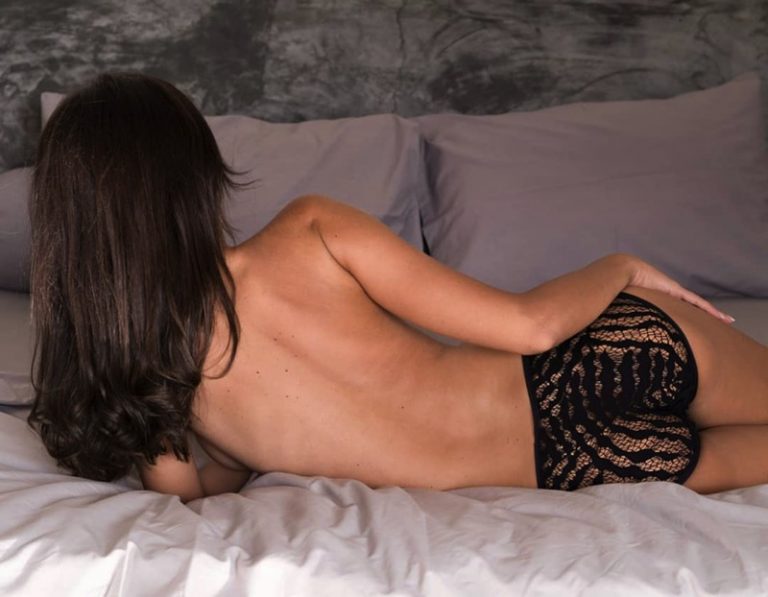 "Lingerie is a visual expression of how you feel about your body."
DesNeiges Gregory
Creative Director, Prototype

WANT TO START YOUR OWN LINGERIE BRAND?

We can help!
Prototype takes the pain out of developing and manufacturing fashion products online.
Let's Go!

The reason is simple: lingerie is crazy difficult to make! MOQs are often low and much of the work is by hand.

Lingerie is produced around the world, but mostly in small pockets. The United States, for example, has very lingerie factories, despite the increasing demand. France, of course, is famous for its intimates but production there is limited to mostly just couture. China is by far the largest producer of lingerie and intimates. The good suppliers in China, however, have enormous MOQs far out of reach for smaller labels and startups.

There are a few suppliers in Indonesia, but these too are far too large to be available to small labels. And in fact, they are mostly under contract with large corporate clients and cannot take on other clients even if they wanted to. The bottom line is that there just aren’t very many options anywhere in the world for small to mid-size MOQ intimates manufacturers. And THAT, friends, is exactly how and why Prototype got its first start, back in 2014.

Starting a new intimates brand can seem challenging, to say the least! The product may be specialized, the retail price may be high and the sales volume may be low in the beginning. More than almost any other type of apparel, intimates can be the most difficult to sell in bulk. That’s why it’s so hard for so many lingerie startups to find manufacturing that requires high MOQ order quantities. In the early days of a company, you really don’t NEED 5000 pieces of anything!

That’s the reason that here at Prototype, we strive to offer our clients the very lowest MOQ that we possibly can. It’s not easy on our bottom line, but it’s what we need to do to support our newer brands who have a need for small minimum quantities.

Manufacturers offering low MOQ for intimates are rare indeed. Many of our clients have reported that they have not been able to find a single factory willing to produce quality lingerie in small quantities. Small MOQs are difficult for a manufacturer for any type of garment.

But lingerie is tougher. The details are fine, quality expectations are high. The fabric is typically delicate, such as with lace. They often involve stretch, as well as structural elements, like underwires, etc. All considered, lingerie is about the most difficult item to produce in garment production lines. The high retail prices for lingerie make a bit more sense when you consider all the angles.

That’s why Prototype is a rare bird! We got our start in lingerie, so we’re good at it and we’re used to it. It’s not something that we’re afraid to do. To make it worthwhile for us to do lingerie manufacturing, we have to keep our prices up, but we strive to be as reasonable as possible. Our pricing is somewhere between mass production and couture. Our quality level ranges as well from mid-grade to high-end. Because everything is handmade, we can handle fine detail, but our pricing is nothing like European couture. We’re not competing with the Walmart undies, but we’re not building $1000 corsets either. Our lingerie is mid to high quality and priced to match.

Lingerie can be difficult to source fabrics and materials for. Laces are fairly easy to find in many parts of the world, but stretch lace for example? Another thing entirely. To design a lingerie line, you need access to a wide variety of trims, laces, and structural elements. Then the manufacturer needs to be able to work with the same or similar materials.

Many designers don’t realize about the wide difference between what is available where they are doing the designing and what is available where the items will be manufactured. This means that the materials will either need to be sourced where the production is, or the materials will need to be supplied to the lingerie manufacturer. When sourcing fabrics and components, it’s vitally important that the designers and developers carefully consider the location where the lingerie will be manufactured.

For lingerie labels using unique laces, this can be a real challenge. We typically recommend to our clients that they design with a bit of flexibility. Then, we can source similar materials from our end that will hopefully work. If they don’t work, then we can always import another option. But that adds time and inefficiency to the process, so we try to avoid it when we can.

Colors and Dyes in the Lingerie Manufacturing Process

One of the more difficult challenges with lingerie is dealing with colors. Intimates often contain a mixture of fabrics and materials, such as elastics, laces, etc. Each of these is made from a slightly different material. Some will be polyester, some elastane, some plastics, metals, and so on.

If the design is meant to be all one color, that means that each of those items needs to match. Unfortunately, that’s impossible. At least not without a huge amount of cost and effort. The dyes simply don’t work the same way on each type of material. So we have to be a bit flexible.

We typically tell our clients to design with this challenge in mind. Allow some interplay between the colors in the design. Make sure that the differences in color are a feature, not an error. If something is really super important, we can usually find a solution.

Here’s some practical advice for designers from a lingerie manufacturer perspective:

Be practical in your process. Be realistic about your goals for your label and your financial constraints. If you go in to the business thinking, "NO compromises!", then you may be in for a difficult experience.

Don’t let compromises become a sore spot. Plan them from the beginning. Be in control of your compromises. If something isn’t working, find another solution. Manufacturers want to do the best they can for you, but you also have an obligation to help find a satisfactory outcome for both parties. Always keep in mind that once you’ve found a manufacturer you like, try to develop a trusting relationship with them. Realize that you’re both on the same team. A successful outcome will be best for both of you!

Are you ready to get started manufacturing your own lingerie designs?

Prototype offers a free client consultation, so you've got nothing to lose. Just message us below for more information. 🙂

A map of all of our sites pages and posts.

This website uses cookies to improve your experience. We'll assume you're ok with this, but you can opt-out if you wish. Accept Read More